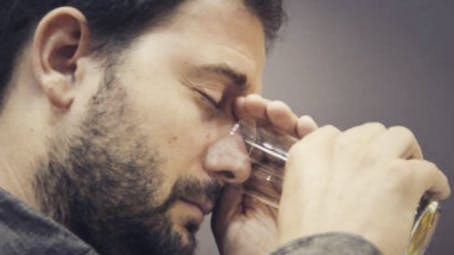 The italian club, Coaster Magazine and Pazzeria Italian Brewery, with the support of the Hong Kong Craft Beer Association, present this one-of-a-kind event with the best craft beers from all around the world, explained by Simonmattia Riva, World Champion Beer Sommelier

Discover the world’s most famous craft beers, and how to preserve and serve them, introduced by one of the world’s greatest beer professionals

A unique occasion to taste the brews that have most influenced the craft beer movement globally – such as Orval, Cantillon, Westvleteren, Schönramer, Pliny the Elder and many more.

HK$1,000 PER PERSON ALL INCLUSIVE – TOTAL OF 20 SEATS AVAILABLE PER SESSION

Simonmattia Riva has been a beer lover ever since a Chimay Grand Reserve changed his life on a memorable summer’s night in a remote mountain village. It was 1995, when the difference between the dark, frothy beer that smelled of dried figs, dates and dark chocolate and the light, thirst-quenching beverage he had become used to, prompted him to say: “If these two drinks are both beer, I’d like to try all kinds of beer.”

While studying philosophy at the University of Milan, he traveled to Belgium, the Czech Republic, England and Germany to get to know the local beer styles and beer cultures. In 2007, he graduated from Unionbirrai in Italy, then in 2014 completed his training as Beersommelier at Doemens Academy.

Since 2012, Simonmattia has been organizing tastings and taking part in Italian home-brew competitions. In 2015, he won the Sommeliers’ World Cup in São Paulo. Since then, Simonmattia has been a member of the Board of Directors of MoBI – Movimento Birrario Italiano and participated in tasting contests at numerous competitions (such as European Beer Star, Brussels Beer Challenge, Mondial de la Bière, Birra dell’Anno, Concurso Brasileiro da Cerveja).

He gives advanced courses for the Doemens Italia, MoBI, Fermento Birra and Unionbirrai Tasters and writes for well-known beer magazines and guides in Italy.